What is this place?

This is my little corner of the self-help world where I teach people the basics of happiness. The opposite of “I just feel so blah, I can’t get moviiiiiiiiiiiiiing.” Also the opposite of, “Dear LORD, my brain just won’t cooperate!” Likewise, “I’ve been depressed and anxious for a long time and I just can’t. Body won’t go. Stuck right here.”

I could go on and on about the “I don’t wanna’s” and the “do I have to’s?” but the reality is, unhappiness and depression are real show-stoppers.

After years of treating people 1:1 in my office, I noticed trends about health care and wellness that were pretty powerful, but also pretty dang simple. So much so that I went back to graduate school a second time when I turned 40 to become an expert on the topic of connection, belongingness, and relationships. ("Dr. Jen here, what seems to be the problem?") 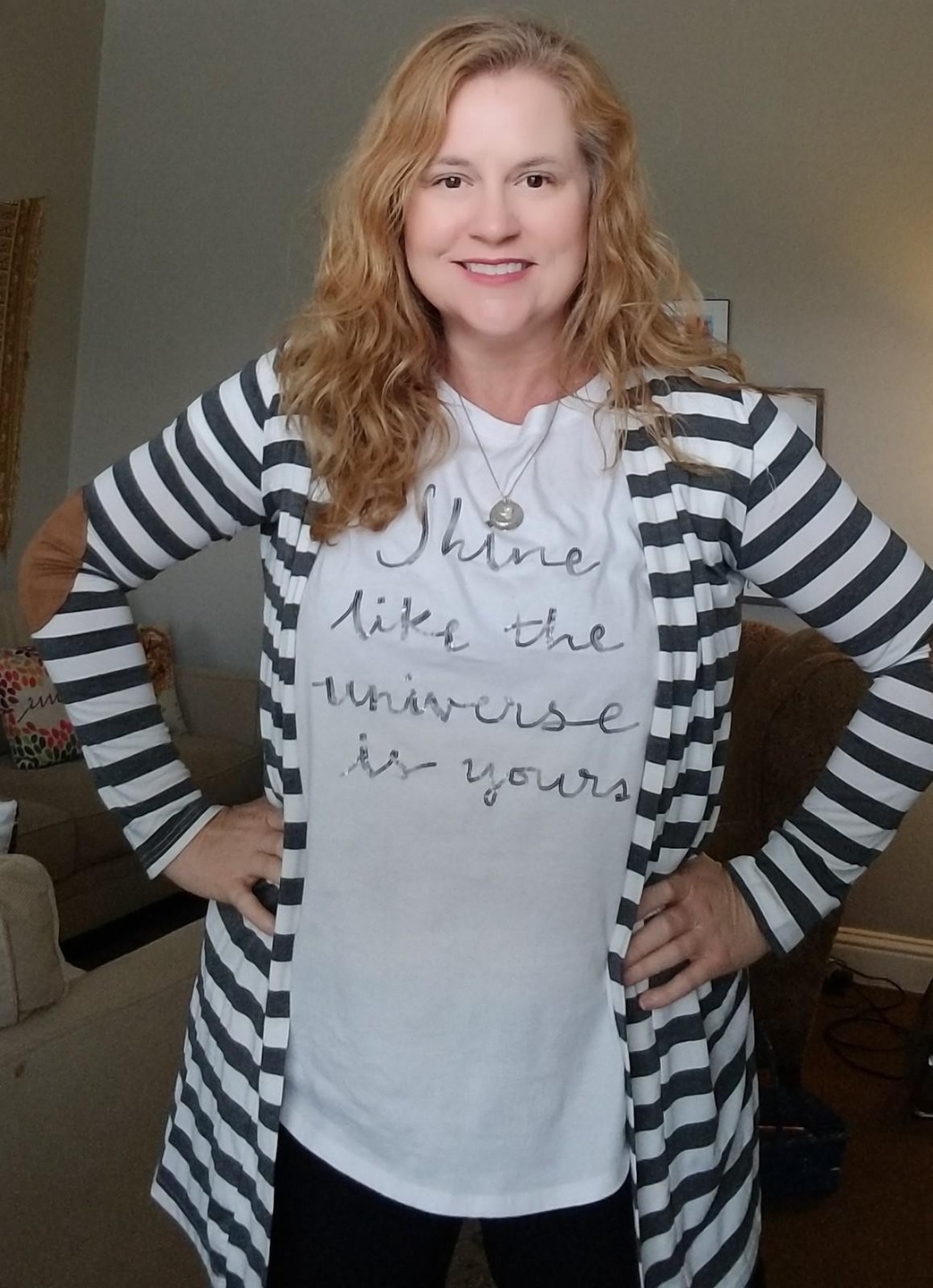 What do you know for sure?

I know for sure that the path to happiness is in the relationship with have with others and with ourselves. That’s precisely why I created this place.

After seeing my clients struggle with depression, anxiety, worry, guilt, and fear that frankly, meds just could not touch, I decided to create courses and resources to help my clients, and you, make some sharp right turns.

If you’re one of those people who has struggled to seal the deal on happiness, getting trapped in the abyss of “Holy crap this is hard,” then I'm glad we found each other! Seriously, I am.

I mean, we’ve all been there. I've felt the struggle, too. It happens to all humans.

But some humans stay there longer. Some humans get there and don’t know how to get out. Some humans have been searching for a way out of that dark hole for a long, long time…

If you put on a happy face even when you just aren’t feelin’ it, welp, I'm glad we found each other.

If you’re successful and smart, but still struggle with feelings of loneliness, motivation, focus, and clarity, even after taking meds and seeing counselors, I got you, Boo. Settle in.

There’s more to your inner self story, and you'll be doing some deep work in my courses that help you move forward. To figure out what you want for your life, help you attain your goals, and feel happy doing it.

(For clarity, using therapy in conjunction with my resources is primo! If you've already done the deep work and now want to build from here forward, this is where it's at.)

What are some fun, rando facts about you, so I get to know you better?

I love being a Psychotherapist but hate the counseling and coaching industry. I think the whole field is excessive and confusing. Humans really aren't that hard. There are endless theories and countless methods of how people change and become their “best selves,” and frankly, I just get grossed out by that language. We all want the same thing and are headed in the same direction. There are lots of ways to skin a cat, but there are some more efficient ways to get the job done, imo.

I used to speak in tongues. Well, not really. But, when I went to church with my grandmother on Sundays, she danced in the aisles and spoke in tongues. She said it’s because the holy ghost moved through her. She said she didn’t know what was she was saying, but that it was the holy ghost speaking so it must be amazing. Well, *I* wanted that amazingness, too, so I prayed real hard, then spoke some gibberish and pretended to also speak in tongues.

I wrote a sex book that sold enough copies to put my twins through private school. And it was a reallllly bad book. Don’t buy it. But the point is, I did something courageous and out of my comfort zone, and hot dang if people didn’t buy it! (I realize this doesn’t jive with my evangelical pentecostal upbringing. Read into that as you will.)

I’ve been in a hot air balloon over Napa Valley. Seriously, this was one of the best vacations of my life! I was turning 40, and I wanted it to go down in history as the best ever. So far, it’s still the best!

My second dream job would be to own a winery in Napa Valley. If I suddenly stop this gig and drop off the face of the Earth, rest assured, that is what I’m up to.

I was President of Future Homeworkers in High School and I owned that. I was going to be a Home Economics teacher, but I changed my mind when I was choosing my courses, to Human Development and Family Studies. I can cook, sew, and choose textiles like the bomb.

I’ve been to Disney World 14 times. (And still counting). The first time was before we even had kids. My husband and I took a 2-week road trip to Florida where we visited the House of Mouse before visiting Miami and the Keys. Now that I have kids, we ramped up when my oldest kids were 6 and my youngest was 11 months (yep, I was diapering and feeding in the middle of an amusement park!) and we go at least 2 to 3 times per year.

I’m obsessed with my face regimen. Like, seriously. I’ve got like a 23-step process I go through every single morning. If I skip a step, I feel a little mad at myself for it. I mean, there could be other things I’m obsessed with, so in the grand scheme of things, this isn’t bad at all.

Why should I trust you?

I've figured out how to not struggle from crippling anxiety and debilitating depression that haunted me for a lot of years,

I've studied in the field of human development and family students my entire adult life (26 years), and

I'm an expert in the field of relationships (attachment and bonding specifically).

What would your best friends say about you?

“She wears weird clothes to go hiking. Seriously though...she’s direct and assertive, but don’t let that fool you. She is a softy. She deeply cares for people and uses her "go get it" nature to provide them exactly what they need.” Diana

“She genuinely adds value to my life. We have a synergetic relationship where we grow together. She’s strong and admirable without the pretense. And she’s just super fun to laugh and drink with!!!” - Jennifer (“The tale of two Jens”)

“She is the type of friend that when you're with her she's present. In our busy, distraction-filled lives she is attentive and always asks what's happening in your life and how you’re doing. That really means a lot for a friendship. 💗” - Tina

“She is caring, reliable, FUNNY, relatable!  An amazing friend to have in your corner. She makes you feel good about who you are, is encouraging, and reliable.” - Tammy (Happys Ways Podcast Partner)

*blush* I mean. Gah. The thing is, we all deserve this to help us move through life. AIR?

I'm a literal people person. I help people build relationships -- first with themselves, and then with other people.

I’m in. What should I do next?

If you’re like many people who read my bio, you’ll be tempted to work with me 1:1. Which, I totally get. I love therapy, too, and I hope I get to work with you 1:1! That's the work I love. Something here resonated with you, and you'll want a therapist's undivided attention. I support that!

But for now, I’m not taking on new clients in my counseling practice.

Do these two things:

To work with me 1:1, get on the Eight Ways to Happy waitlist so to get the best headstart.

I promise, if we do end up working together, this will shave weeeeeks off your therapy bill. It can add up! (These courses are way less than 1:1 time therapy, and they’re exactly what I’d tell you in our sessions. The only reason you’d need me is reinforcement. You can get that in the Momentum Pods.)

I’m soooo glad you’re here, and I can’t wait for you to learn the Ways to Happy!

Ready to make some bold moves and feel authentically happy in your life? 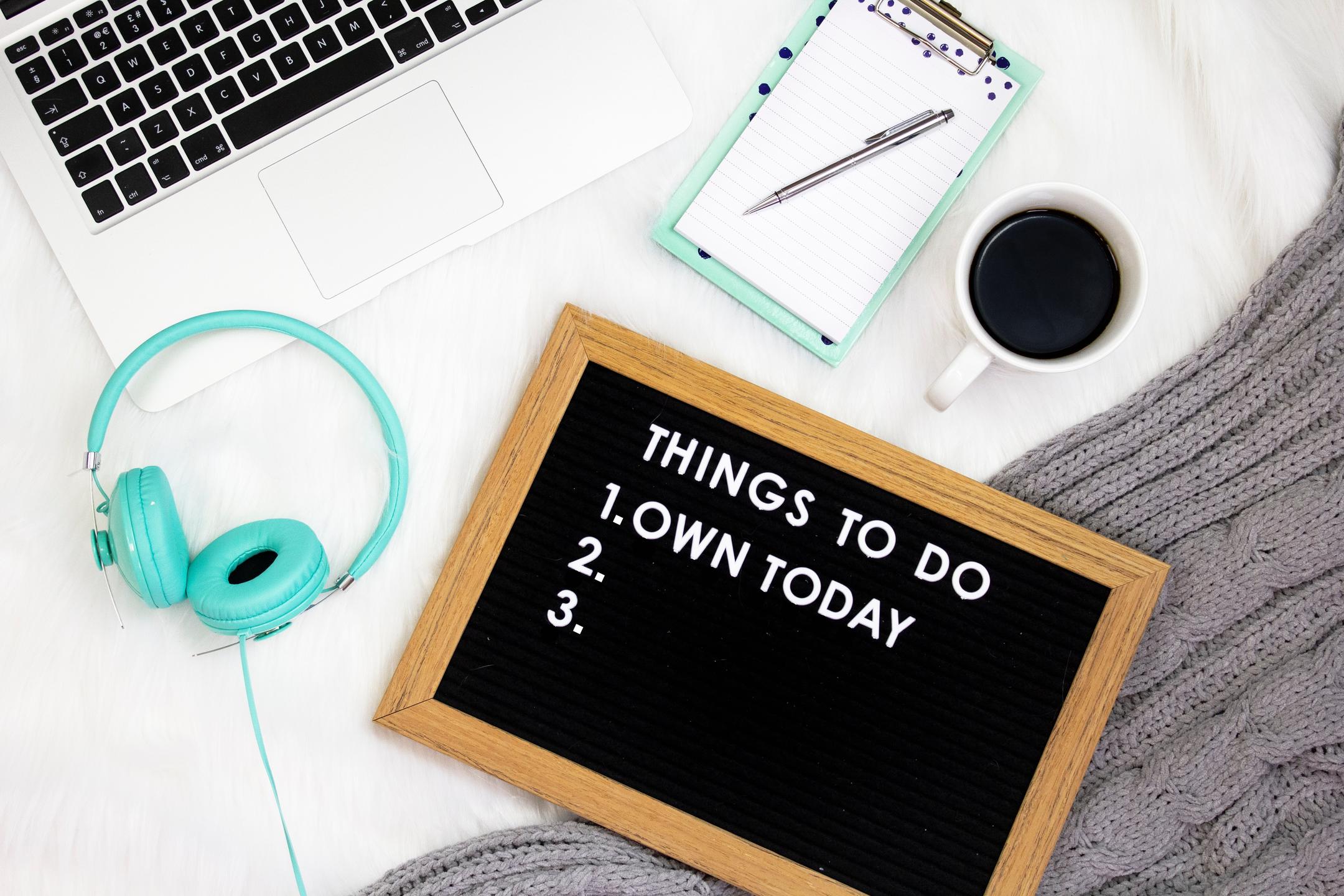 Take an honest look at your current self care, then take action. 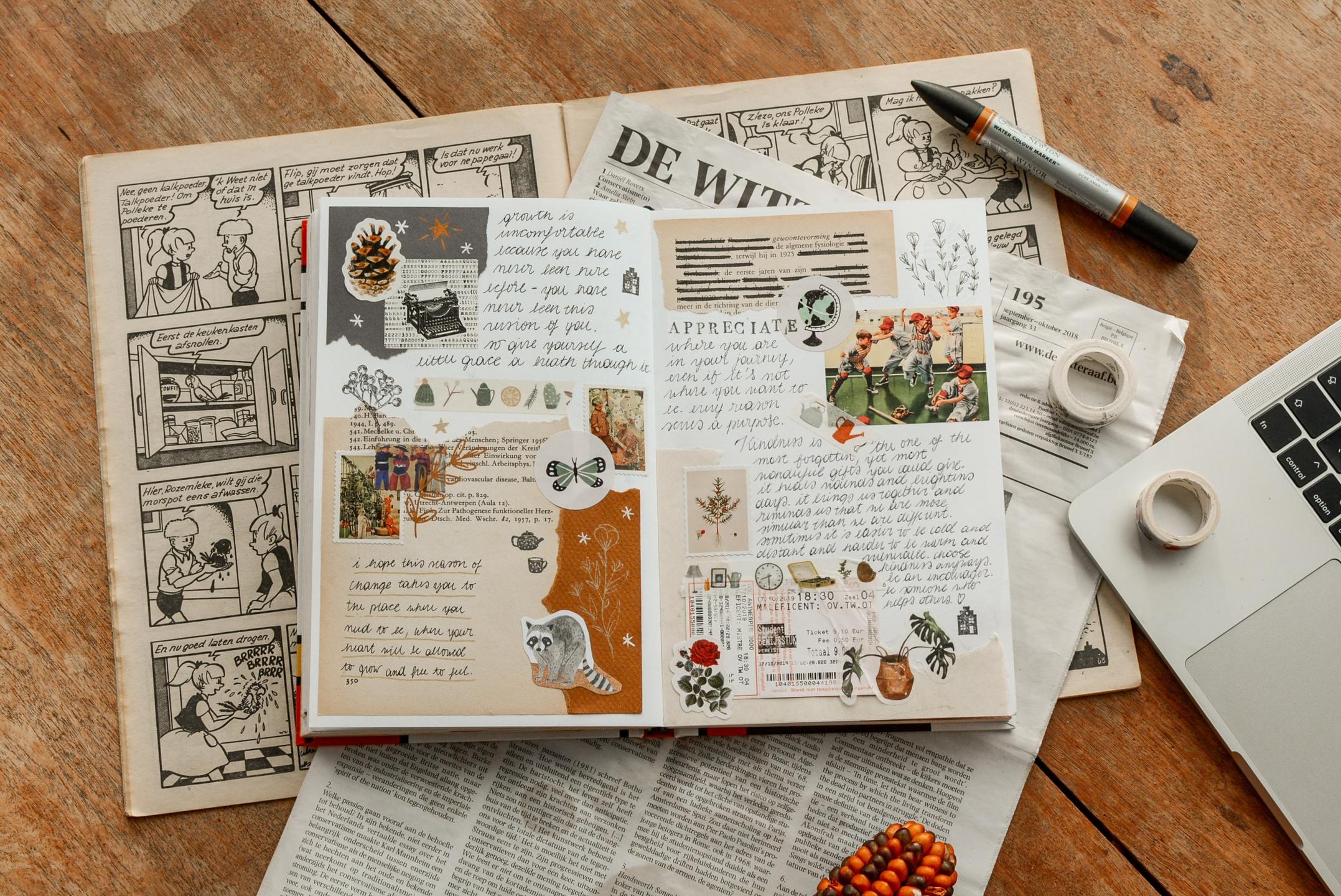 Start with the end of life in mind as you create the life crave. 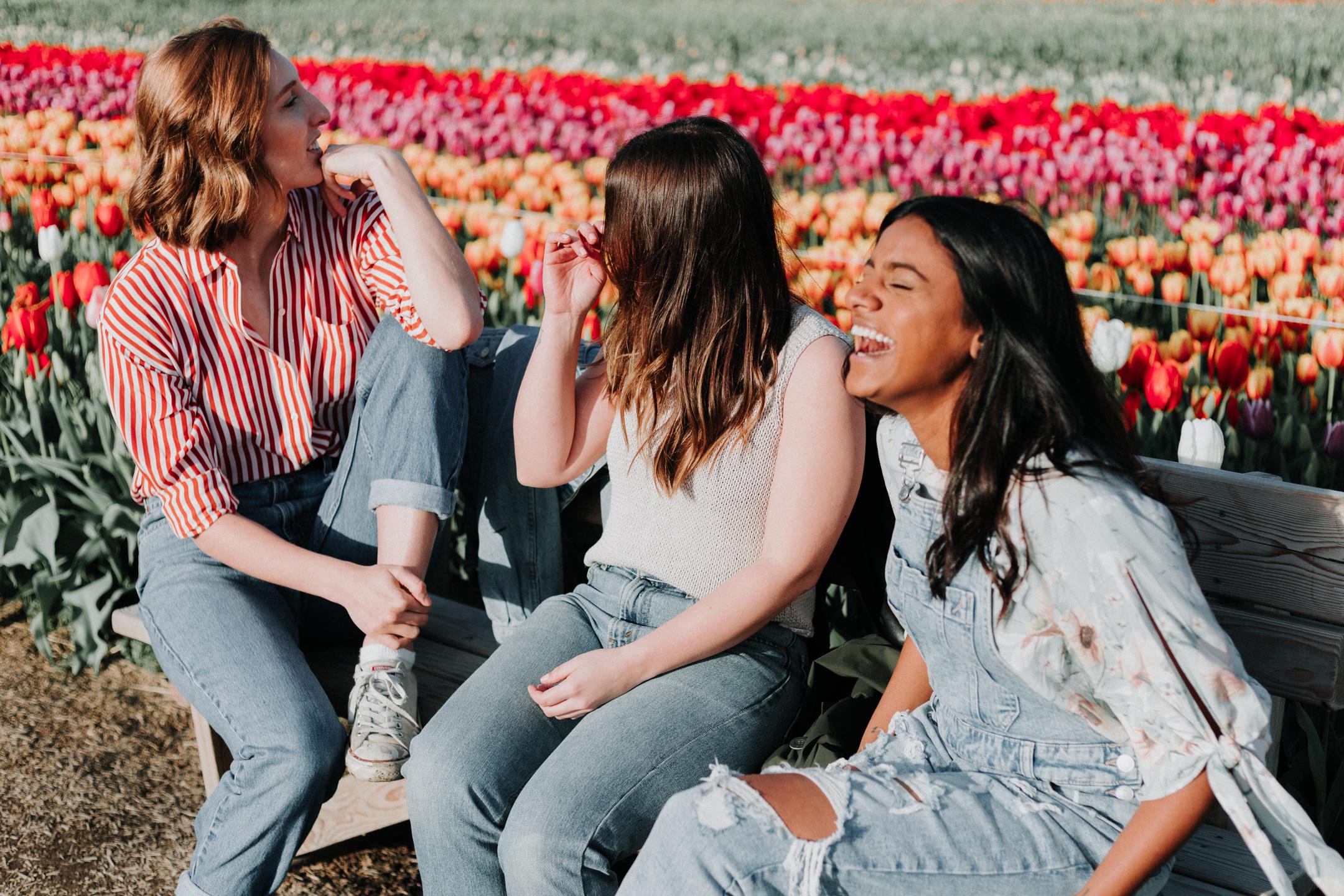 Get the support you need as you begin prioritizing yourself. 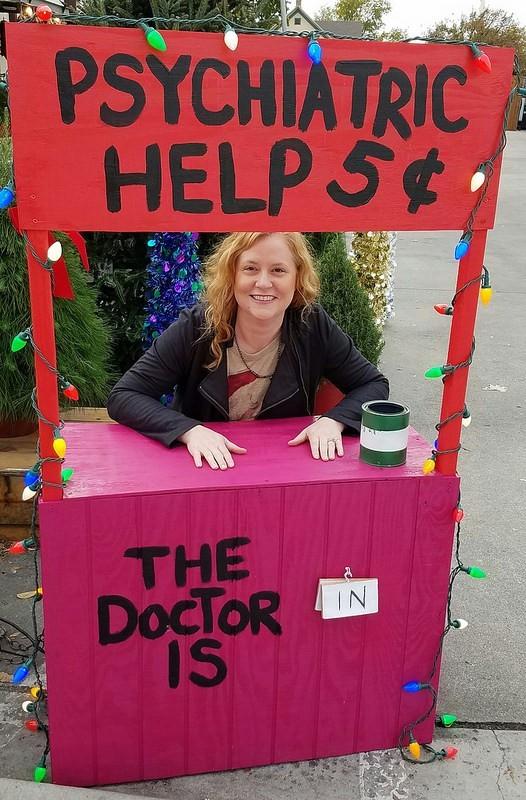 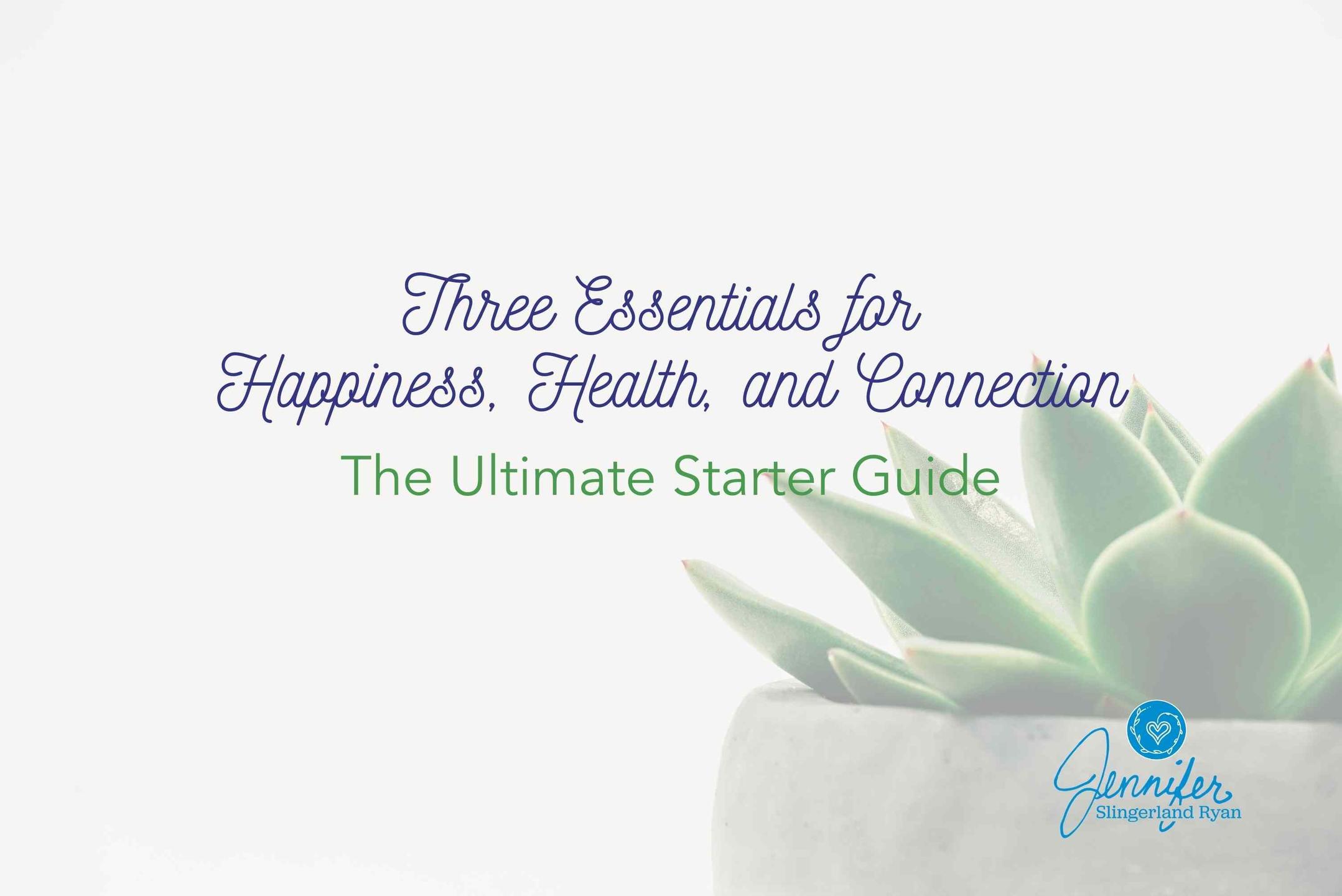 There are just three main essentials that help you feel consistently grounded, confident, accomplished, and overall...happy. Download my starter guide, and become part of my Self Love Community.

I'll never share your email address, and you can unsubscribe anytime.